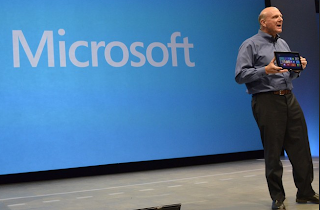 This post is based on various sources and discussion that occurred in the last weeks with various IT professionals and people interested in Cloud, Mobile device, open source and innovation.

Well, of course a keyblet is a fusion between a tablet and a keyboard. While the keyblet is presented by Microsoft as an innovation, we will see that it is not the case and that it will fail to offer a great experience both for PC/keyboard users and for touch-screen devices *touchlets?*.


What is disruptive innovation ?

I met M. Christensen at a conference three years ago. The conference was about (disruptive) innovation and education. I then read "Disruptive Class" and then most of his books and I will use his definition from his website :
www.claytonchristensen.com/disruptive_innovation.html

"An innovation that is disruptive allows a whole new population of consumers access to a product or service that was historically only accessible to consumers with a lot of money or a lot of skill.  Characteristics of disruptive businesses, at least in their initial stages, can include:  lower gross margins, smaller target markets, and simpler products and services that may not appear as attractive as existing solutions when compared against traditional performance metrics."

In this article, I will refer to smartphones, tablets and future "touch" based interface as a disruptive innovation in the word of telecom first (do you remember Nokia ? Blackberry ?). This disruptive innovation then, start eating the PC market at home first and will, in the near future in the enterprise.


Why having a Keyboard is bad for (disruptive) innovation 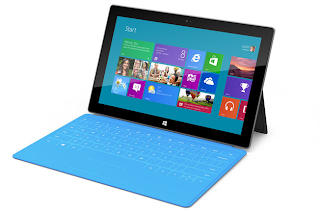 The real disruptive innovation about smart-things (phones, tables, future thingy, etc.) is about the touch screen interface and the cloud. They have no keyboard. That's part of their DNA.

In the meantime, Microsoft sit on the PC market and they are busy developing keyboard compatible devices. Too bad for them, excellent for the competition !

How can you make slick interfaces for applications with and without keyboard ?

Microsoft will spend a good part of their developer time to square the circle. Not possible. Google and Apple do not spend a single development cycle about those problems : that's "old world" problem. They are busy trying to invent another way to input data : Apple with Siri, Google with voice search, IBM with Watson (of Jeopardy fame), etc. Believe me, it will not be a "Keyblet".

Trying to bridge the old and new world will make every single user unhappy and they know it : they want only happy users from the new world.


Why killing your lifetime partners is very bad

They were careful to work with partners like HP, Dell, etc. for the core device : the PC. Now, this type of alliance will be more and more complex as the market for smart devices is expected to dwarf the PC market in the next few years. Also, I expect other players to avoid the "Keyblet" type of device ... forever.

Anyway, you can now expect a very different song from the lifetime partners of Microsoft. They will negociate the Windows tax on the PC and will be way more open to ... open source alternative (Apple is as closed as a company can be!).

The race is open and it is every man for himself...


Why betraying your lifetime chipset maker is very bad too

The wintel couple is not a myth. It was a long time and well established market strength on the PC market. On the touchlet market, Intel is invisible as both Android and Apple used ARM based devices dominate the market (>90%).

Of course, from a competitive point of view, it makes a lot of sense for Microsoft to use ARM-based CPUs and a very special "Windows RT". However, I'm sure that this is considered by Intel as the most profound betrayal : decades of collaboration and market ruling are at stakes and Microsoft just lost another long time partner.

What will Intel do ? I'm not sure but it looks like ARM is now invading the PC and thin client market as well (See those wonderful new HP with thin-client + screen power by POE : http://www.techworld.com.au/article/424203/hp_unveils_ethernet-powered_thin_client/ )

What about Linux & Open Source ?

Well, like the XBox before, I expect this device to be rooted really quickly once it will be available on the market. Will a more open platform help ? Maybe but everything I wrote on this post will apply as well to a Linux-based Microsoft keyblet : trying to mix old technology and a real disruptive innovation is not possible. Geeks will certainly enjoy this platform and have some pride to run Linux on a real Windows keyblet. I do not expect Linux and Open Source to change this keyblet fate... 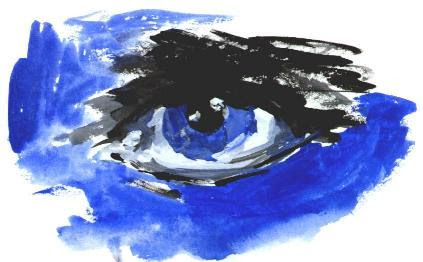 On the superficial side (appearance, design, etc.), I'm pretty certain the keyblet is amazing and excellent.

I'm very skeptical about the ecosystem : developers and applications. This is the real key to world domination and Microsoft has changed every development toolkit in favor of more HTML-ish development kit that is not at all familar to MS developers. Also, they are a _very_ late entrant on the market : Apple has more than 600 000 apps and google more than 400 000. Why spend time learning a new platform ?

On a deeper level, here are the messages that Microsoft is sending to the market and his partners :
Finally, Microsoft can not play the same game as Google and Apple : they have to support a stupid keyboard for every app that will be available for this device. They will, as a consequence, completely miss the touch revolution and remain prisoners of the outdated keyboard paradigm.

Long live the keyblet and may I be wrong (for Microsoft!).
Published by Unknown at 22:34